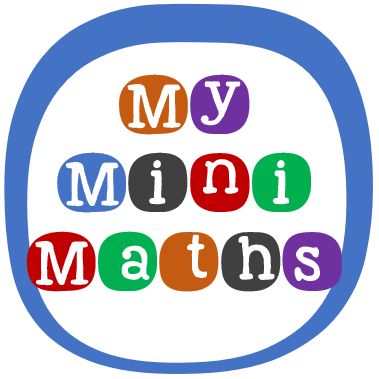 MyMiniMaths introduces the skill and understanding of multiplying and dividing by 10 100 and 1000 in Year 4. Learners are taught to divide by 10 and 100 only in Year 4 with the free daily fluency, home learning and iQ mastery learning packs supported by a Year 6 You Tube video tutorial supporting Year 4 understanding. From experience, learners are tempted to simply remove a zero or two zeros from the end of the value to arrive at the same outcome, but this should be avoided as this approach can cause confusion later when working with whole and decimal numbers not ending in zeros. Learners should be encouraged to move values to the right, making them smaller and understand that dividing by 10 and by 10 a second time is the same as dividing by 100. The movement of values supports the understanding of place value across the columns: units or ones, tens, hundreds, thousands and beyond. From dividing by 10 and 100, Year 5 learners multiply and divide by 10 100 and 1000 in week 16 working in both directions, increasing and decreasing values before continuing their progression to Year 6 multiplication and division by 10 100 and 1000 in week 4. This involves working with decimal numbers, both as a starting value and as a solution. A secure understanding of dividing and multiplying by 10 100 and 1000 is required in Key Stage 3, allowing the learner to move onto multiplying and dividing by one tenth and one hundredth and understand the effect on the original value.

The most common errors occur when the learner mis-reads the operation and moves the digits in the wrong direction as well as miscounting the number of columns in the movement. Less frequent mistakes can occur with placing zeros in between the digits and distorting the final value and including the column holding the decimal point as a column when moving the original number.

Varied application is the use of 2 or more learning objectives in different contexts. Skills are readily used across the maths curriculum, often without realisation, giving opportunity for learners to apply their understanding and confidence to divide by 10 and 100 for Year 4 in a variety of mathematical contexts. Varied application promotes the wider curriculum and extends the coverage of skills outside of discrete lessons. The manipulation of values by dividing by 10 and 100 is fundamental in other areas of the maths curriculum and in real-life and can be applied to other Year 4 learning objectives including:

Friends of My Mini Maths

I am a Year 5 teacher and I love these free resources. Tasks are of a very high quality, easy to print and a huge time saver for lessons. Keep up the good work.

My Year 6 class have been using the daily Year 6 arithmetic papers. They cover all questions and help identify which questions need extra help and practice using the target questions. My Year 6 class is fully prepared for the KS2 SATs in May. Thank you.

Thank you to My Mini Maths for the best maths resources. My son has loved using them during lockdown and he will be telling all of his friends about it. Thanks again.